Funny hats are the best

The Festival of Tina  > life hack, travel >  Funny hats are the best 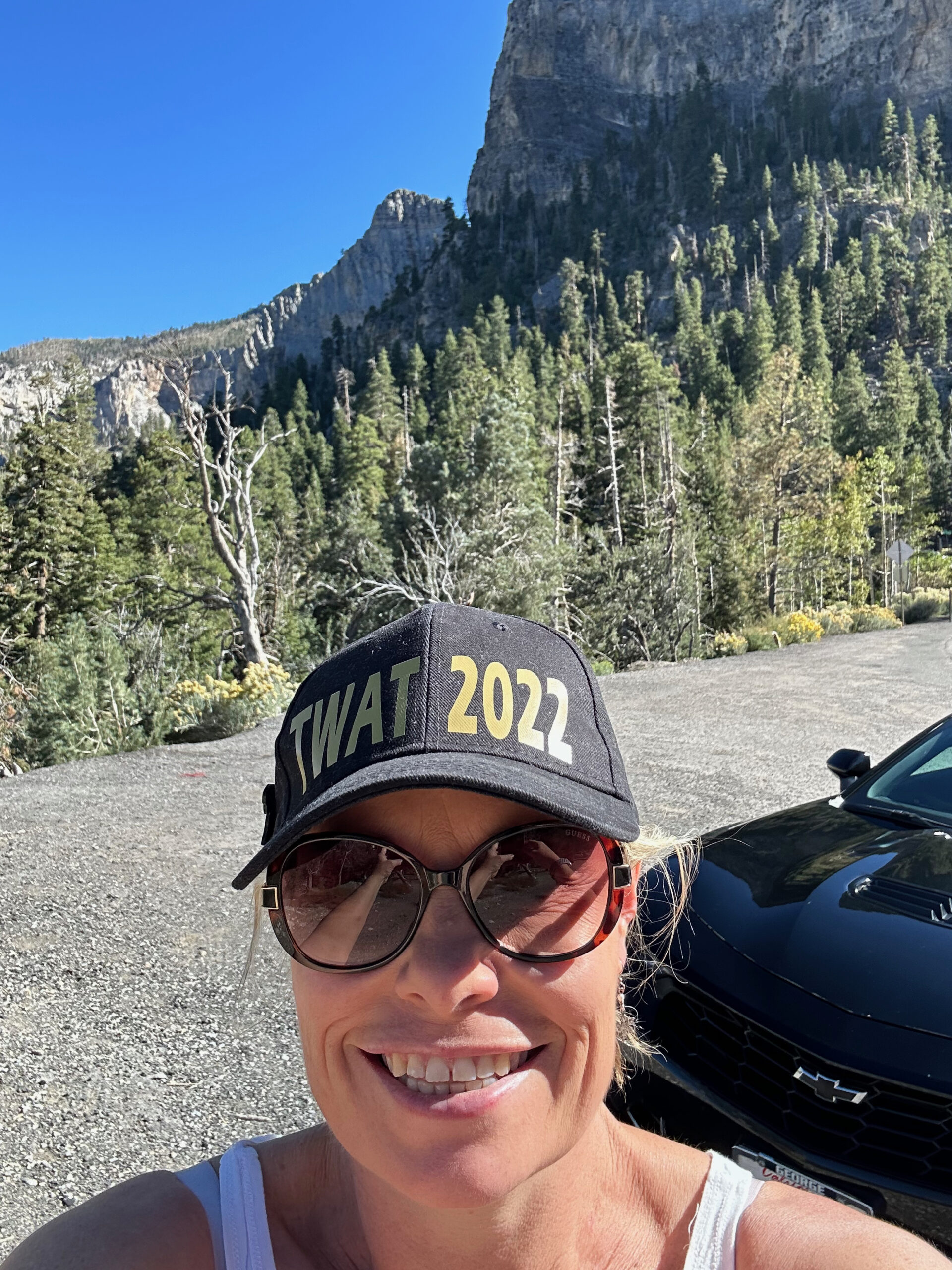 If I had known 6 months ago how many friends you make by wearing a funny hat, I would have designed a special FOT one then and there.

Letricia – who we all call Trish or sometimes Trishy- turned 50 last week. We decided to go on tour with four of us: Karen, Shaz, me and Trishy. Karen had the inspired idea to get hats and t-shirts made. I may have assisted with the logo and the acronym.

The minute Karen and I got on the plane in Sydney it was on. The United Airlines hosties could not stop laughing or bringing us drinks. Then they would explain the acronym to everybody else on the plane.

When we met up with Trish and Shaz at Disneyland, it got even funnier. Trish would feel the need to explain to everyone that TWAT didn’t mean the same thing in Australia as it does in America. Then I would say: yes it does. (Even after a week, she is still sticking to her story.)

By the time we hit Vegas, to be met by Carlo our limo driver, the TWAT 22 Tour was really taking off.

Las Vegas was just a blur of laughing, dancing, singing, floating on the MGM Lazy River and explaining what TWAT stood for, over and over and over. OK, there may have also been a little drinking. Forget all the other famous people in Vegas. The TWAT girls were in town. Some people in the river renamed it the TWAT Zone.

We experimented one night by going out naked (without our hats!) The only good thing that happened is we went to bed before 1am.

If there are any regrets, it’s that:

Not to worry. We have decided we will never travel again without hats, so there is time to put sequins on the next ones. And lucky for me TWAT can also mean Tina’s Wild American/Australian/Alaskan/Arctic or just plain Awesome Tour so I will be able to keep wearing it forever. I will just cross out the 2 and make it a 3, and so on.

It is true that what happens in Vegas stays in Vegas. Notice I have given no detail about the rest of our fun. Well, it is true for everything except the hats. They went with us to stop number three in TWAT 22 which was NYC.

We went to watch a New York Jets game (they really aren’t very good) and by the end, all the New Yorkers on the train back to the city were totally in the TWAT Zone. Trish was at one end of the carriage and the other three of us had been separated, way down the other end. We heard a very strong New York accent shout out: “Are all the TWATs on board?”
“All the TWATs are on the train!” we answered, to rousing applause. See, it’s a thing.