So today my BFR and I skipped school and ran away from home.

Yesterday we finished the four week program and we were supposed to return this morning to take a test that would show us how much (or little!) we had learned. We would finish off the week with lunch, a French film and a graduation ceremony.

But it wasn’t meant to be. After school yesterday we received an email from the 12 year old in the office saying that the cleaner had visited our apartment and could we please put our wine bottles in the recycling.

It sounds harmless doesn’t it? Except for a long list of reasons why it wasn’t. This list can be summarised in one sentence. The apartment was a filthy dump that had never been cleaned by the alleged cleaner, full of other people’s stuff, with broken furniture, a non-functioning washing machine, bed bugs, intermittent electricity and zero instructions about anything including where to recycle.

Do I sound cranky? We had decided not to say anything to the school. We had just sucked it up. Until we were judged for our wine drinking habits and asked to help the alleged cleaner to do a job she had never actually done. For 15 years.

We decided to reenact the scene from the Heat where Sandra Bullock gives everyone the proverbial finger. It was as liberating as the one time I wagged school.

At 9am, we left the keys on the table, pulled the door shut and dragged our bags to the train station. We ignored the further emails from the 12 year old in the office. We sat down on the platform and immediately met a happy group of lovely American ladies on their way to the Friday market in Italy.

Most of the women had done our course at some point and now come back to the town every winter. They all laughed hysterically when we told them we were supposed to be doing the test but had run away from home. They gave us a knowing look, like we had joined a secret club.

Side note here, the town was beautiful, the course itself was excellent and the teachers superb. The admin people, not so much.

Now we are on the TGV on the way back to Paris, content in the knowledge that our collection of wine bottles remained intact until the very end.

Mon Apr 4 , 2022
After four weeks in a beautiful location but with sub-par weather, I was thrilled to spend my final few magical days in France, in springtime Paris with my BFR and her husband. We walked, ran and even cruised the Seine, and of course continued our study of French… wine. Let’s […] 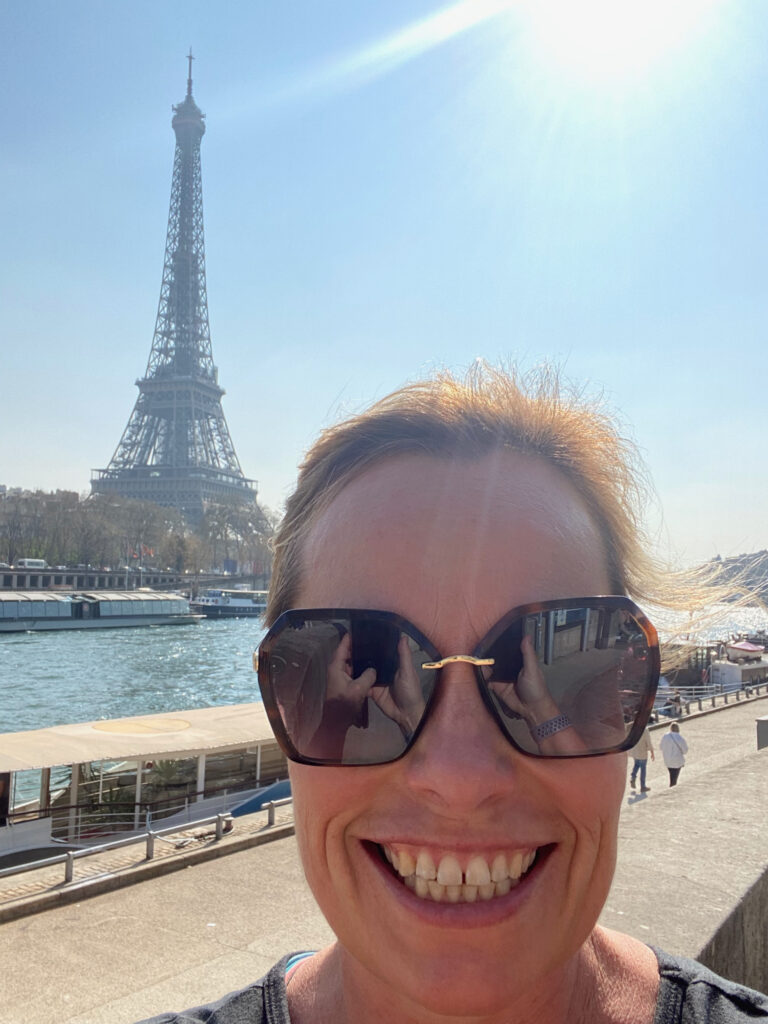