It’s amazing how close humans are to a riot at all times. It only takes one PIE (Pusher-In-Erer) to cause an orderly group of airport queuers to lose their shit.

The hardest part of the whole overseas trip was, you guessed it, getting home. Combine the two most anally retentive nations in the world – Singapore and Australia – and you have a situation just ripe for a riot.

It began back at the Shangri-la on Sentosa Island, where I realised, whilst lying on a banana lounge on the beach, that I was flying home to Australia the next day. The rules were constantly changing. Did I need a Covid test? When? Which kind? Where could I get one? And don’t even start me on the new App developed by Home Affairs.

In every other country in the world, I guess due to there being a pandemic for two whole years, systems had been put in place to make Covid testing for travel pretty simple. Think back to my Covid Bingo experience before my cruise. They tested 600 people in less than two hours.

But apparently in Singapore, the day I decided to fly was the first time anyone had flown, ever. It was like getting a home loan from a bank. It has never been done before, every time it happens. I’m really, really good at internet research, but I could not find any simple way to get a Covid test for travel. In the end I called the Hotel Reception and asked them.

They told me it was easy. I just had to catch the free bus over to Resorts World and turn up at the clinic there. I’m such an idiot for believing them.

At 1pm, I head over on the 15 minute bus ride, leaving more than 6 hours till my flight leaves. Heaps of time.

I ask a security guard where the Covid Test clinic is. He sends me to the basement. I follow the signs to CLINIC. I find a tiny doctor’s surgery with a sign on the door that says: CLOSED till 2pm. I ask another staff member. He takes me back to the same clinic. By this time I am hot, sweaty and mildly panicking. The nice staff member reassures me that if I go to the Airport, there is a clinic there. I hold grave doubts about the likelihood of this and mentally adjust to living in Singapore indefinitely.

Nevertheless, I catch a cab to the airport, via my hotel to collect my bags. I specifically ask the driver if he takes credit cards as I have no money or ATM card.

I arrive at the airport and of course he doesn’t really take credit cards. He holds my bags hostage (it’s a theme) while I go to withdraw the last few dollars from my travel money card.

I finally get inside the airport – very, very  hot, sweaty and stressed by now. There are four people wearing red Changi Airport Concierge T-shirts. All of them have badges that say trainee. I check twice because I feel bad for them in advance of meeting me.

I very calmly explain about how my day has been so far, before I ask them for directions to the clinic. They bravely provide a four minute, blow-by-blow description of my upcoming 200 metre journey.

The trainees do in fact deliver, so I arrive at what I’m expecting to be a Covid test facility like every other one I have seen in the world. Instead I find a medical centre. It even has a dentist. There is a long, stationery queue, snaking out into the airport food court. Luggage is piled up everywhere. I ask a lone staff member if this is the right place. He points to the stationary queue. It is only 2.30 so I settle in to wait. For the next 45 minutes we make little progress but no one is too worried. Then a rather distressed young lady arrives behind me in the line. She tells me how she was here a few hours ago and the queue was so long that staff sent her away to another clinic in a different location. She got there and they wouldn’t take her without an appointment so they sent her back to our clinic. She now has 90 minutes to get to her flight and six people ahead of her.

A few minutes later a lovely young man walks to the front of our line and launches into a very polite and impassioned speech with the same details. He begs us all (the mob of 5 tall men and me) to allow him to go to the front of the queue. We all look at each other and say yes. He was honest. He was polite. I said, if he goes, then the lady behind me should too. The mob agrees.

That’s when it all goes wrong. Because the guy who is about third in line decides he needs to move up too. But he doesn’t ask. He just goes. There are rules, people.

It was at that point I thought I was about to begin my new career as either a medical receptionist or riot control officer. Perhaps both. The tall men all start to stamp their feet and clench their fists. There’s muttering, that escalates quickly from “Hey, no pushing in” to “get back in x@$# line mate.” Luckily my prior experience in dealing with angry people finally pays off. I go with “Look at this shiny thing over here.” Read – “I’m taking a photo of him and will shame him on my blog” and voila! The riot is over.

And so here is the photo of him. The big PIE – Pusher-In-Erer. Cheers from the Mob. We hope you missed your flight.

I, on the other hand, did not miss my flight. I passed my long awaited Covid test with flying colours, assisted my new friend from the Country of Western Australia to access his results, then proceeded to catch the plane back to Sydney with Princess Anne. It was nice of her to travel all that way to join the Festival of Tina. Who says the Royals are superfluous?

Wed May 18 , 2022
There is nothing that kills off a relationship quicker than the mundane. Let’s face it, once the dating phase is over, it’s just dirty washing and fights over who picks up the kids. The FOT has the potential to be the same – stay in one place too long and […] 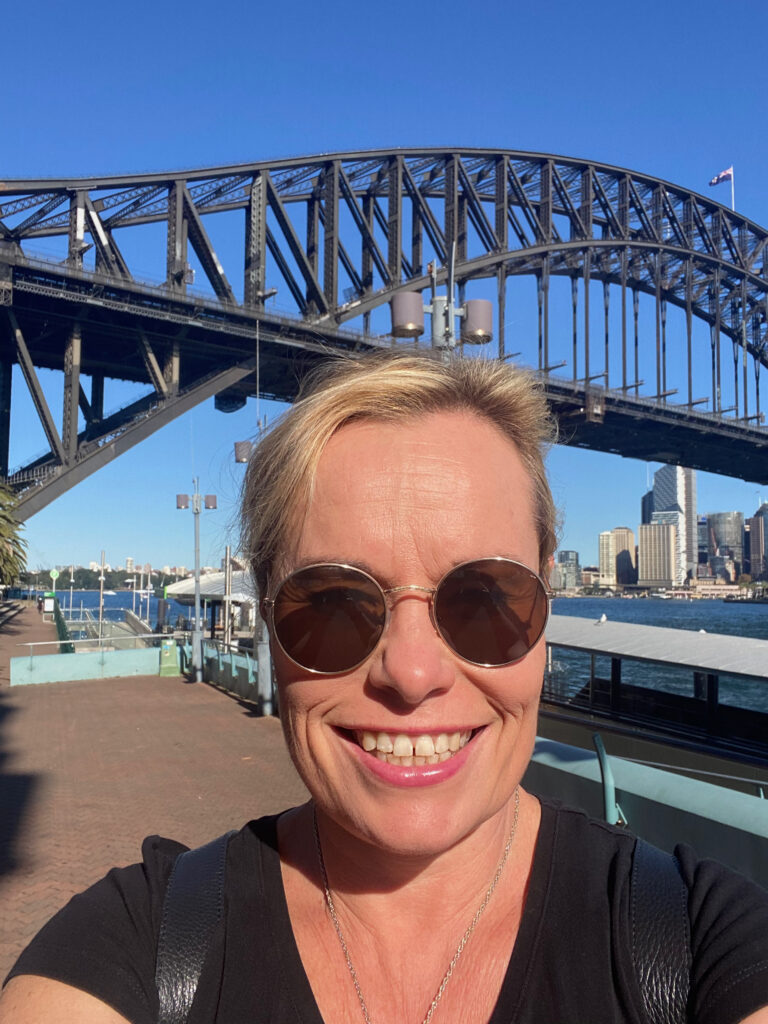